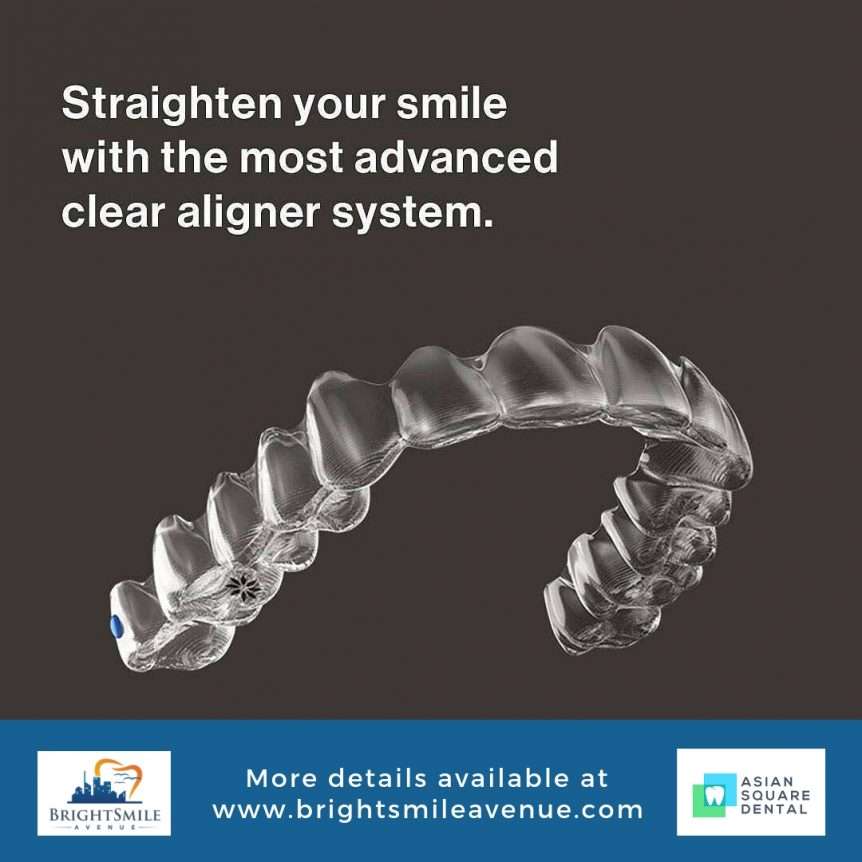 Invisible Braces are clearly different and an effective science / technology that has revolutionized orthodontics. Say good-bye to metal brackets and wires, and hello to invisible, removable appliances called aligners. The aligners are virtually undetectable and they go unnoticed when speaking in social situations.Clear Braces can give you that beautiful smile by straightening your teeth without anyone knowing.

How Does Invisalign® Work?

To ensure the most precise outcome, your orthodontist will use computer imaging to create your invisalign® braces. After taking bite impressions of your mouth, the dentist will use the invisalign® three-dimensional computer imaging system to create a series of clear retainers. The first one will fit your current configuration of teeth. Each successive retainer will act like invisible braces, using gentle pressure to move your teeth to their target alignments.

The number of invisalign® trays used will depend on each individual case but the average is between 18 and 30. Each clear invisalign® retainer is removable and worn for two weeks (24 hours a day, except during meals) and then the next aligner is used. This process is repeated until the teeth are in the desired position. The entire invisalign® treatment takes the same amount of time as traditional orthodontic braces.

How will Invisalign effectively move my teeth?

Like brackets and arch wires are to braces, Invisalign aligners move teeth through the appropriate placement of controlled force on your teeth. The main difference is that Invisalign not only controls forces, but also the timing of the force application. During each stage, only certain teeth are allowed to move. These movements are determined by your doctor as he or she maps out your unique Invisalign treatment plan

Perhaps the most apparent benefit of invisalign® is that patients can straighten their teeth without anyone knowing. Most adults would rather live with crooked teeth than spend two or more years with the metal braces that they remember from their teenage years. The clear invisalign® retainer was developed to introduce some much-needed aesthetics to the field of adult orthodontics.

The invisalign® system also boasts improved hygiene over traditional braces. Because the clear retainers are removable, patients can brush and floss as they normally would, reducing the chances of possible staining and decay that often occur with traditional braces. Food and drink choices are less restrictive, as well. If patients wish to eat sticky candy or drink soda, they may do so after removing their clear invisalign® retainer.

There are very few problems associated with the invisalign® system. People who fail to wear their clear invisalign® retainer at all times may find that their teeth don’t change position as quickly as they would like. Some people with sensitive teeth and gums may feel some discomfort when they switch to a new aligner in the series. These problems with invisalign® are minor and most patients feel that the benefits far outweigh any problems.

How Much Does Invisalign® Cost

Treatment with invisalign® may cost as much as 20 to 50 percent more than traditional orthodontic treatments. The exact figure will depend heavily on several factors, including the extent of treatment required and how many aligners need to be created. Geographic location of orthodontists also affects the average invisalign® cost. It is advisable to inquire about pricing when you are in the process of choosing an orthodontist.

Many patients that are given the choice of Invisalign vs. Braces choose Invisalign because of clear lifestyle advantages (i.e. removal during eating, no dietary restrictions, and clarity), even when faced with the alternative of lingual braces (iBraces) which are entirely invisible because they are bonded to the tongue side of the teeth.  What patients are often not told is that certain movements with Invisalign are unpredictable and unlikely to succeed.  Rotation involving premolar or rounded/ovoid teeth, as well as bite opening or vertical movements are considered “unpredictable.”